Due to COVID-19, Montrose Library District facilities, including the bookmobile and book van, are closed. Please visit our website for updates as the situtation evolves.

Wild romance: a Victorian story of a marriage, a trial, and a self-made woman
(Book)

What started as a friendly conversation between a young girl, Theresa Longworth, and an army officer, William Charles Yelverton, on a steamer bound from France to England in 1852 would culminate nearly a decade later in one of the biggest public scandals the era had witnessed, with enormous implications for society at large. Seized upon by the Victorian press, the trials to legitimize Longworth's marriage to Yelverton before the law courts of Ireland, Scotland, and England brought to the fore several of the most disconcerting matters in the Victorian era: the inadequacies of female education, prejudice against single women, and problems with marriage law.

When Theresa Yelverton emerged victorious from her legal battles, she was paraded through Dublin's streets like a queen. Her victory, though, was short-lived, as she learned that life as a single woman'even the life of a well-known writer and traveler, as she became'would always be hard. Theresa Yelverton became an unwitting harbinger of the turmoil of her era and evoked timeless fears and fascinations: the fantasy of romance, the grip of obsession, the plight of unrequited love, the fear of abandonment. Chloe Schama brilliantly recaptures an ordinary woman caught up in an extraordinary affair, catapulted into fame and notoriety, forcing her society to confront some of its most unsettling issues.

Schama, Chloë. 2010. Wild Romance: A Victorian Story of a Marriage, a Trial, and a Self-made Woman. New York: Walker & Co.

Schama, Chloë, Wild Romance: A Victorian Story of a Marriage, a Trial, and a Self-made Woman. New York: Walker & Co, 2010.

Note! Citation formats are based on standards as of July 2010. Citations contain only title, author, edition, publisher, and year published. Citations should be used as a guideline and should be double checked for accuracy.
Staff View
Grouped Work ID:
3553c821-c119-3dd9-5fc5-096d60630f12
Go To GroupedWork 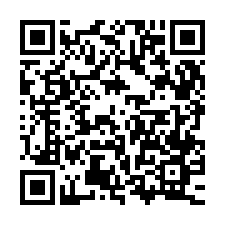