The adventures of Flash... »

The adventures of Flash Jackson

Set in William Kowalski's signature town of Mannville, New York, The Adventures of Flash Jackson is the story of tomboyish Haley Bombauer and her ambition to bust out of the confines of her smalltown upbringing. With compassion and humor, the novel tells of her emergence into a world that, in her words, "was not designed with girls in mind," and her efforts to find a way to fit in without having to give up her beloved independence.

Introduced to a vivid and exciting imaginary life by her now-dead father, who bestowed upon her the nickname "Flash Jackson," Haley Bombauer confronts the summer of her seventeenth year with glorious anticipation. She envisions herself roaming the surrounding hillsides and forests on her beloved horse, Brother, venturing farther and farther away from her sleepy hometown and her ultracautious mother, who since the death of her husband has remained rooted firmly in the past.

But when Haley falls through the rotted roof of the barn, she is destined to spend the dog days of summer in a thigh-high cast, stuck at home with her mother, enduring visits from her spooky, unintelligible grandmother, pondering the error of her impulsive ways, and dreaming longingly of adventure. The year that follows will, in fact, transform not only her life but also the lives of those closest to her. Haley's "imprisonment" affords her peculiar grandmother the chance to see finally what the girl is made of-and to pass along some of the mysterious and mystical arts that only she remembers. As Haley comes to understand just who her grandmother is, and what the old woman can teach her, she is transformed-from a tomboy reluctant to accept her femininity to an extraordinary, powerful woman.

Steeped in imagery and lyricism, touched with the wisp of magical realism that has become William Kowalski's trademark, The Adventures Of Flash Jackson is a poignant and hilarious tale of self-discovery and the redemptive powers of love. 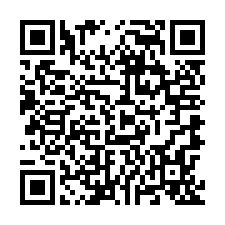