Description
Meet Billy Strobe -- a lawyer and an ex-con, a man who believes in the law but always seems to be on the wrong side of it -- in John Martel's masterful suspense novel. You are likely never to forget him.

Billy Strobe had always dreamed of becoming a lawyer like his father, the best criminal defense attorney in Oklahoma, until alcoholism, allegations of fraud, and a suicide on the eve of his imprisonment ended Joe Strobe's life. But not Billy's dream. Haunted by his belief in his father's innocence, Billy is determined to become a lawyer, to uncover the truth, and to clear his father's name. His ambition and intelligence carry him to the top of his class at law school, but a stock market scam goes south and lands him in a high security prison serving three to five years. Undaunted, Billy earns protection in prison by becoming a jailhouse lawyer, and winning the friendship of Darryl Orton, a soft-spoken but courageous lifer, whom Billy soon believes was framed for a murder he didn't commit.

Upon his release, Billy immediately gets to work clearing the names of the two men he respects most in life. But things are not as they seem, and Billy's dual quest for justice will lead him into high-level conspiracies and vicious murders, ultimately forcing him to choose between loyalty and the safety of himself and a woman he has come to love. 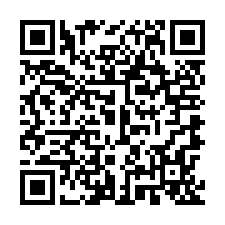