Description
Originally shown as part of the "POV" series on PBS, Well-Founded Fear examines the United States' system for granting political asylum and the refugees caught within it. Following several pending cases at the U.S. Immigration Office, Camarinie and Robertson give a behind-the-scenes view of how immigration lawyers determine who will receive political asylum. What the documentary reveals is a system fraught with contradictions and impossibilities. Faced with the unenviable task of separating truth from fiction in their applicant's stories, the officials fall back on guesswork and suspicion. On the other side, viewers see the debilitating fear of the applicants, afraid that a simple slip of the tongue will condemn them to deportation. Slowly the immigrants realize that their asylum is based less on proving a "well-founded fear of persecution" and more on blind luck. One asylum seeker justly calls it "asylum-officer roulette." There are no easy answers here but there is an unflinching look at democratic principles at work, for better or worse. ~ Brian Whitener, Rovi
Also in This Series 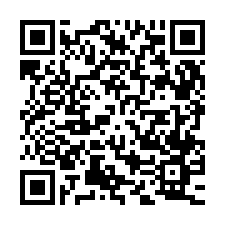