Description
In fine Hollywood tradition, John Wayne had to play a "one-eyed fat man" before the Motion Picture Academy considered him worthy of an Oscar. In True Grit, Wayne plays grumpy, pot-bellied U.S. marshal "Rooster" Cogburn, hired by 14-year-old Mattie Ross (Kim Darby) to find Tom Chaney (Jeff Corey), who killed her father. The headstrong Mattie could have had her pick of lawmen, but selects the aging Cogburn because she believes he has "true grit" (she talks this way all through the picture, so be prepared). Also heading into Indian territory in search of Chaney is Texas Ranger La Boeuf (Glen Campbell), who wants to collect the reward placed on the fugitive's head for his earlier crimes. Complicating matters are Chaney's scurrilous cronies Ned Pepper (Robert Duvall), Quincy (Jeremy Slate), and Moon (Dennis Hopper), who have no qualms about killing a troublesome teenaged girl like Mattie. While the plot of True Grit, adapted (and streamlined) by Marguerite Roberts from the novel by Charles Portis, maintains audience interest throughout, the glue that truly holds this Western together is John Wayne, delivering one of his finest performances (though some believe he was better in She Wore a Yellow Ribbon). Wayne's casual charisma is infinitely more effective than the mannered method acting of Kim Darby and the floundering non -acting of poor Glen Campbell. And who could not love the climatic face-off between Duvall and company and John Wayne, whose "Fill your hand, you son of a bitch!" is not only a classic bit of dialogue, but the apotheosis of the Wayne mystique. In 1975, Wayne repeated his True Grit characterization opposite Katharine Hepburn in Rooster Cogburn, but the film failed to match its predecessor and the overall effect was blunted. ~ Hal Erickson, Rovi
Also in This Series 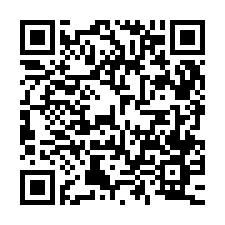