Elsie on the Hudson »

Elsie on the Hudson

Description
Penned from the mid-nineteenth through the early twentieth centuries, Martha Finley's original Elsie Dinsmore books were the most popular books for young girls of their time. The first title of the series, Elsie Dinsmore, was painstakingly written over several years, and when it became an overnight success, her young readers demanded more of Elsie's adventures. Finley and her publisher decided to expand the book into a series of six titles. However, demand for more of Elsie, its endearing heroine, was so strong that the seriese ventually reached twenty-eight titles. Elsie Dinsmore outsold every juvenile book of the era, with the exception of Little Women. Books 19 through 28 are being reintroduced in the spring of 2001, largely intact with only slight editorial changes to improve readability or to remove antiquated language or expressions. The joy that Elsie has brought to millions of readers aged eight to eighty can be experienced again as this sweet child of impeccable character grows into a young woman, marries and raises a family of her own, and shares delightful experiences with her children and grandchildren. Percy Landreth and Chester Dinsmore compete for Lulu's hand in marriage, but Chester places himself in harm's way to save her life.
Also in This Series 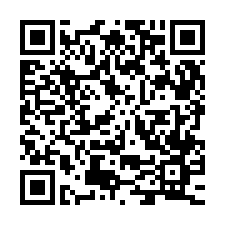