Lush, thrilling, and erotically charged, a triumph of suspense and dazzling imagination, Elizabeth Hand's Mortal Love is an extraordinary work that spans more than a century, uniting genius past and present with strange, tensile strands of inspiration, obsession, and lust.

A tragedy that occurs in a hospital for the insane in Frankfurt, Germany, will have repercussions across decades and eras. Several weeks after the death of a female patient in a terrible fire, the poet Algernon Swinburne follows a mysterious woman through the shadows toward a remarkable event at once enthralling, stimulating, and terrifying beneath the streets of London. Years later, at the start of a new century, a struggling young artist, Radborne Comstock, is introduced to a ravishing beauty who immediately becomes his muse, his desire, and his greatest torment. It is a legacy of pleasure and madness that will be passed down to his grandson, the dilettante actor Valentine Comstock, who is plagued by disturbing and increasingly erotic visions. And in the present day a journalist named Daniel Rowlands is seduced by the bewitching and mercurial Larkin Meade, who holds the key to lost artistic masterpieces, and to secrets too devastating to imagine.

What connects these men -- and others whose grand destinies are to imagine and create -- is one woman. Eternal, unknowable, the very ideal of beauty and desirability, she exists somewhere beyond the boundaries of time, a sensuous dream of flesh and fantasy to inspire or destroy, an immortal lover ... or an angel of death. 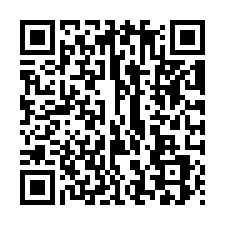