A major new novel by the award-winning author named by Granta as one of America's best young writers. Set at a remote beachfront cottage in the Hamptons one summer during the Second World War, A World Away follows the fortunes of the Langer family, whose oldest son, Rennie, is missing in action in the Pacific theater. As we are soon aware, there is another battle raging at the same time, this one on the domestic front, as Anne and James Langer's marriage begins to unravel. In part to repay her husband for his affair with a student, Anne begins a clandestine romance with a soldier stationed at a nearby base. Yet all the passion and tenderness she finds with her lover is unable to ease Anne's empty ache from having her family torn apart.

Thousands of miles away, Rennie is wounded in the effort to drive the Japanese from the island of Attu in the Aleutians, as Dorothy, his young wife, gives birth alone in San Diego. When Rennie comes home, his spirit as wounded as his body, it's clear that James and Anne must repair their own broken lives if they're going to help their son heal and bring their family back together. A World Away is a rich, romantic story that has all the depth and generosity of spirit Stewart O'Nan's work is known for. 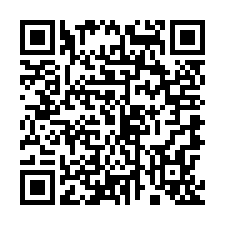