Antiques dealer Rei Shimura has managed to snag one of the most lucrative and prestigious freelance jobs of her career: transporting a packet of exquisitely embroidered nineteenth-century kimonos from Tokyo to Washington, D.C., for an exhibit, and to give a lecture on them.

It's been years since Rei has set foot in the land of her birth, and in that time, she's become estranged from it. On the other hand, she does not exactly fit in with the band of Japanese office ladies she's accompanied, who have traveled to the United States for a week's worth of shopping. Still, everything seems to be going well enough, until one of the kimonos is stolen from her hotel room and Rei's passport shows up in a Dumpster behind a shopping mall -- on the dead body of one of the office ladies. In the middle of this, Rei's ex-boyfriend, Hugh Glendinning, inexplicably arrives in town.

The Bride's Kimono takes us on an utterly absorbing ride as Rei tries to find the stolen kimono, uncover its significance in an ancient Japanese love triangle, decide between two men, and unmask a murderer. The Bride's Kimono is Sujata Massey's strongest novel yet -- sexy and suspenseful, deftly balancing mystery, murder, romance, and culture shock with an alluring historical subplot involving priceless kimonos. 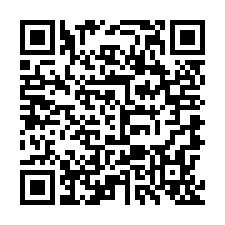