Description
A woman learning to trust men again finds herself falling for a man who may not be trustworthy in this romantic comedy. Celia Amonte (Sofia Milos) is a beautiful woman of Portuguese-American heritage who lost her husband, a fisherman, to an accident at sea. Eight years after his death, Celia remains loyal to her late husband's memory, even though her equally lovely teenage daughter, Vicky (Emmy Rossum), frequently encourages her to start dating again, and has even tried fixing Celia up with eligible men. Unknown to her mother, Vicky has become a frequent visitor to a local gambling casino, where she meets a handsome Englishman named Charlie Beck (Jason Isaacs), who gambles for a living. Vicky urges Charlie to see Celia perform at a local nightclub, where she sings the passionate Portuguese songs of the fado style. Charlie is immediately taken with her, but Celia isn't especially interested in him. Vicky makes a deal with Charlie -- if he'll show her how to cheat at blackjack, she'll persuade Celia to go out with him. In time, Charlie's charm eventually conquers Celia's reservations, and a romance begins to bloom, However, Charlie has made the mistake of telling Celia he's a fisherman, and he's not sure how much longer he can keep up the charade. Passionada also features Theresa Russell, Seymour Cassel, and Lupe Ontiveros. ~ Mark Deming, Rovi
Also in This Series 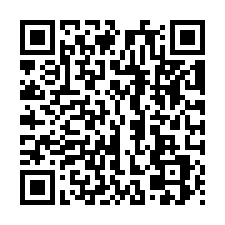