Stieg Larsson: our days in Stockholm : a memoir of a friendship

Description
An intimate memoir that provides a unique perspective on the life and legacy of Stieg Larsson, author of The Millennium Trilogy. "He was both a dream and a nightmare to work with. He was not only involved in the struggle against intolerance, he was obsessed with it" are the words used to describe the now world famous author Stieg Larsson by his friend and close colleague, Kurdo Baksi, who himself was a prominent character in The Millennium Trilogy. During Larsson's career as a journalist he was a crucial figure in the battle against racism and for democracy in Sweden as one of the founders of the anti fascist magazine Expo. The author first met Larsson in 1992, triggering an intense friendship and a fruitful, but challenging, working relationship. In this candid memoir, the author answers the questions a multitude of Larsson's fans have already asked about his childhood, the recurring death threats, his insomnia, his vices, and his feminism, so evident in his books, as well as his own personal dogma. What was he like as an individual and author? Who provided the inspiration for his now immortal characters (Baksi is one of the few who appears in the trilogy as himself), and of course, who was Lisbeth Salander?
Also in This Series 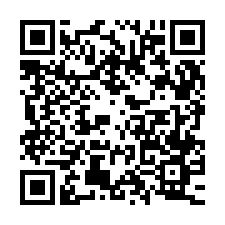