Whatever makes you happy »

Whatever makes you happy: a novel

Can three mothers save their shiftless sons from themselves--in just one week? Gillian, Helen, and Carol are three suburban mothers who have known each other since their respective sons were babies, and have met in a regular coffee group for years. These days, their sons are a bunch of thirty-four-year-old layabouts: they have no wives and no children, never call, and seem unlikely to outgrow their post-adolescent lifestyles anytime soon. After yet another fruitless Mother's Day, Carol has an outlandish but irresistible idea: each woman will go drop in on her son for an unexpected weeklong visit and find out what's really keeping him from responsible adult life.

What they encounter is Matt, an editor for a men's magazine called BALLS! , whose interests center on videogames and bedding underage models; Paul, who lives in a gay commune (at least that's his mother's take on it) and has secretly fathered a child with a lesbian couple; and Daniel, who has run away to Edinburgh to mope after breaking up with the love of his life out of sheer stubbornness. Together, and with mixed success, the mothers set out to whip their sons into shape.

Hugely amusing and yet also remarkably insightful about family life, Whatever Makes You Happy will strike close to home for all the parents who yearn for a closer relationship with their adult children, and for the younger generation who might seem to want the opposite, yet can never quite relinquish the hope that their parents will swoop in and set things right. 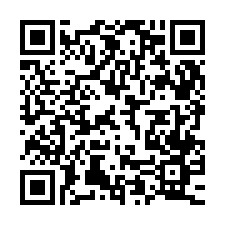