In the shadow of the ark »

In the shadow of the ark

Description
A thundering epic set in the apocalyptic days of Noah's ark.

"In the six hundredth year of Noah's life, in the second month, the seventeenth day of the month, the same day were all the fountains of the great deep broken up, and the windows of heaven were opened." Genesis 7:11

The story of Noah's Ark is often retold, but always in its most simplified form. Yet it's also a richly complex tale of terrible contradictions, wherein most of the people on Earth were destroyed. What could these others - the ones who didn't make it on the ark - have been thinking as the rumors of the coming flood spread? What must it have looked to them as a boat of unprecedented proportions was constructed in the middle of the desert? How would the gathered tribes have reacted when they learned that none but Noah's family would be saved?

Anne Provoost's brilliant imagination places a young woman named ReJana in the midst of this roiling cauldron of events. She and her family are not among the chosen; they are part of the city of industry that grew up in the desert around the building of the ark. Her father, a ship builder. advises Noah on his great project (which most believe is insane), while ReJana herself falls in love with Noah's son Ham. They are a family apart, with the clear vision of outsiders. They live in the midst of a time and place that we recognize and yet feel as if we're seeing clearly for the first time. Even as we think we know the story, we hope they will survive the coming deluge.

Reminiscent of The Red Tent , Provoost's epic novel is a literary page turner and a love story, building its power from page to page like a gathering storm. 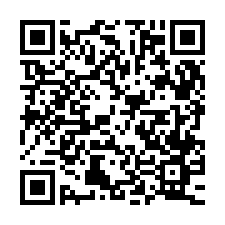