A gripping thriller of international espionage, The Geneva Option by Adam LeBor pits a sexy, young UN staffer against a brutal conspiracy to control Africa's natural resources. Yael Azoulay does the United Nations' dirty work. Sent by the UN's Secretary General to eastern Congo to negotiate with Jean-Pierre Hakizimani, a Hutu warlord wanted for genocide, she offers a deal: surrender to the UN tribunal, in exchange for a short sentence and a return to politics. The plan is to bring stability to the region so the West can exploit the region's mineral wealth. But Yael soon realizes that the UN is prepared to turn a blind eye to mass murder. Yael finds herself on the run, hunted by the world's intelligence and law enforcement agencies--and haunted by her past--ultimately learning that salvation means not just saving other's lives but confronting her own inner demons. Written by Adam LeBor, a high-profile foreign correspondent and critically acclaimed investigative journalist, The Geneva Option takes readers on a nonstop journey through the secret corridors of international power. 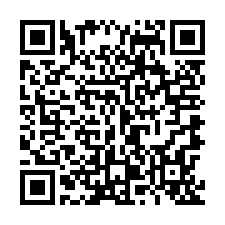