It will come to me »

It will come to me

A sharply observed comic novel about a writer straining against the role of faculty wife This first novel from the acclaimed memoirist Emily Fox Gordon is a tart, intelligent comedy of manners set on the campus of a large Southern university. It is also a story about the comforts and grievances of a marriage of longstanding--about change and continuity and the possibility of renewal in midlife. Ben Blau is the reluctant chair of the philosophy department of The Lola Dees Institute, surrounded by a bestiary of academic innocents and opportunists. His wife Ruth--a writer whose early literary success never quite blossomed into a career--nurtures sometimes noisy and sometimes private rebellions against the conventions of academic life. Their lives have settled, if not always comfortably, into a dull ceremonial round of convocations, committee meetings, and pot-luck dinners. To Ruth it seems that nothing will ever change. Except that this year a new couple has arrived on campus: an ethereal, celebrated young memoirist and her husband, an intellectual jack-of-all-trades and perpetual misfit. Something about these two throws the staid academic world of the Lola Dees Institute into comic chaos and revives Ruth's hopes that she might become once again the writer she used to be. Emily Fox Gordon's astringent depiction of academic life and her mature, finely wrought observations about marriage and relationships make It Will Come to Me is a complete delight --engaging, wise, superbly written, and very, very funny. 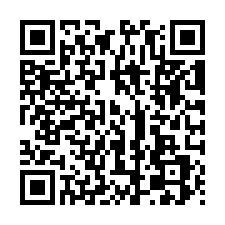