Description
Originally shown on TV, this miniseries details Christy's crisis of faith in the wake of a typhoid epidemic, her emotional catharsis, the life-altering events that cause her to make a choice between the two men in her life and her marriage. Both the storm of the century and epidemic become obstacles and motivators in affairs of the heart as Christy comes of age, catapulted into adulthood through the wisdom of her trials. The miniseries closes one chapter of the beloved heroine's journey and forever opens another, when as an enchanting bride, Christy starts life anew. Christy: A New Beginning begins three months later as the storm of the century hits the mountain cove, ripping away all evidence of civility, leaving physical devastation in its wake. As wind and floods wash away cabins, the mountain folk seek refuge from the hostile mountain environment in the mission house, the highest structure in the cove. In the height of the storm, MacNeill and Christy are stranded in a hunter's cabin where before it's too late, despite their differences, the doctor proposes. Before she can sort through her feelings, Christy bolts out into the torrential rain, running and falling down a steep ravine. MacNeill rescues her and tends to her back at the cabin where she starts burning up with a fever. As dawn breaks so does Christy's fever, and MacNeill carries her back to the mission house. Christy's struggles to survive the spiritual, emotional and physical tests of the typhoid epidemic and storm have brought her to a place of maturity. She has earned the wisdom of a woman who believes what she experiences as distinct from a girl who listens to what she is taught to believe. Christy walks without helpfrom either man, and in that moment, she makes her choice. Puffy clouds fill the air and colorful ribbons stream from maypoles on the day of Christy's wedding. A beautiful bride, Christy is radiant as she walks down the path in her wedding gown with her groom awaiting in the archway.
Also in This Series 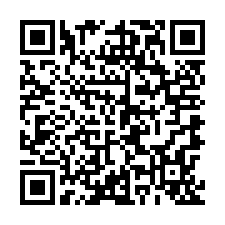