How did I get here?: the ascent of an unlikely CEO

Description
The most famous skateboarder ever shares the business secrets tohis success!

He's the man who put skateboarding on the map. He's the first toland a 900 (two and a half full rotations). He's also among therichest pitchmen in any sport. And, in a sport that's especiallyyouth-oriented, Tony Hawk, a 40-something father of four, stillconnects with his audience by staying true to who he is.

Moving easily between the ramp and the boardroom, Tony currentlyruns one of the most acclaimed action sports companies, a clothingline, and video game series bearing his name that has sold over $1billion worldwide, making it the biggest selling action sports gamefranchise in game history. He has secured endorsement deals withmajor brands such as McDonalds, Intel, T-Mobile and Kohl's; startedthe Boom Boom HuckJam action sports tour; and achieved worldwideacclaim from the ESPN X Games.

Filled with Tony's typical modesty and humor, How Did I GetHere? tells the amazing story behind Tony Hawk's unprecedentedsuccess from skateboarder to CEO, and the secrets behind hislasting appeal. You'll find out how authenticity has served himwell in all his achievements. You'll also understand how his storyhas shaped many of his fundamental values, including his hugedesire to win and his strong sense of realism.

Get the inside story of Tony Hawk beyond the skateboard as heanswers the question: How Did I Get Here?

Toucan Sam teaches me a lesson : the day I knew it was time to take control
Building a better birdhouse : the birth and near-death of our first business
Hey kid, want to buy a hoodie? : risking our homes to make T-shirts and hats
"Is Tony Hawk a real person?" : from motion capture to gaming franchise
What the hell is a huckjam? : innovation and improvisation on a million-dollar ramp
"Extreme" is a four-letter word : "this is how we do it in our world"
The denim debacle : Some business ideas that didn't quite fly
Final cut : the key to image control
get your own editing bay
Hashtag is not a death-metal band : reaching out through tweets, apps, and satrad
How to never get a movie made : Hollywood will break your heart, or at least piss you off
Stinky diapers in first class : how to balance travel and family
bring 'em
Giving back : family, friends, Regis, and a very smart fifth-grader help me build a charity.
Excerpt
Loading Excerpt...
Author Notes
Loading Author Notes...
Subjects
Subjects
Autobiographies
Biographies
Chief executive officers
Chief executive officers -- United States -- Biography
Hawk, Tony
Skateboarders
Skateboarders -- United States -- Biography
Success in business
More Details
Contributors:
Hawk, Pat.
ISBN:
9780470631492
Similar Series From NoveList
Similar Titles From NoveList
Similar Authors From NoveList
Editorial Reviews
Published Reviews
Reviews from GoodReads
Loading GoodReads Reviews.
Tagging
Tags: 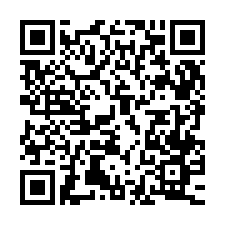