Spies in the Vatican »

Spies in the Vatican: the Soviet Union's cold war against the Catholic Church

Infamous for the arbitrary and paranoid persecution of their own citizens, it is a little known fact that the Soviet Union also waged a vicious espionage war against the Catholic Church and its followers.

From the targeting of local priests to an assassination order against Pope John Paul II, the KGB viewed Catholicism as a threat to stability in Eastern Europe and treated the Church as an enemy of the State.

Using never before seen documents and transcripts, including an order against the Pope that was signed by Gorbachev, Koehler paints a vivid picture of the network of spies and double agents who were working to infiltrate the Church's infrastructure, from the Vatican down to local parishes.

But what is most impressive is the overwhelming evidence of the extreme courage of everyday believers who offered shelter and protection to the persecuted, despite the danger of their own arrest or execution.

The KGB's efforts to purge the Soviet Union of the Church's "conspiratorial influence" would eventually backfire.

This unprecedented history of the Soviet Union's cold war against the Catholic Church is a vital and important contribution to the works of twentieth century history. 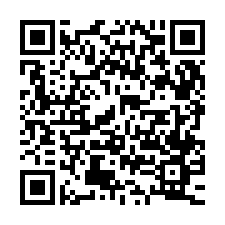